Women and STEM in Europe and Central Asia (2021) 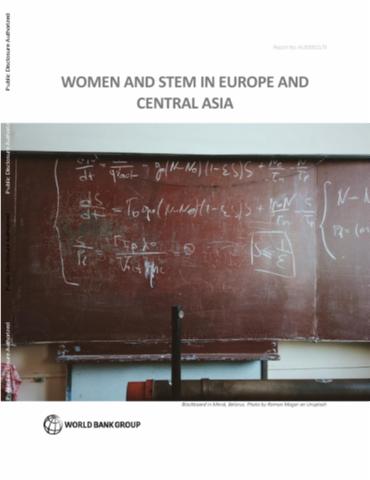 In the last decades, developed economies have witnessed significant declines in wages for low-skill workers, increases in employment in high-skill occupations, rapid diffusion of new technology, and expanding offshoring opportunities. Labor markets in developed countries have reallocated labor from manual to cognitive jobs and from routine to non-routine work. Overall, workers are now required to do more complex tasks than before. In a changing labor market, education systems should impart the right skills, ideally both foundational ones and additional skills that will be amenable to adaptation and re-training to match with job opportunities. This is even more important in the ECA region given the context of the increasing share of older people who will depend on today’s generation of children when they join the working age population. Women’s access to and progress in what is generally referred to as STEM fields of science, technology, engineering, and mathematics are topics that have been growing in significance in recent years. The interest in gender segregation in STEM, as in other sectors, arises mainly from the role segregation plays in gender inequality in the labor markets. Gender differences in productivity and earnings are systematic and persistent as women exhibit lower average productivity and earn lower wages than men across the board. The report is organized into three chapters. The first one looks at education - including STEM content and fields of study that are within the education realm. The second one follows women into the labor market and looks at employment and wages in STEM sectors and for STEM occupations. The final section looks at policies, from the many initiatives and efforts in place to promote women’s participation in STEM, with a focus on those that have documented results.